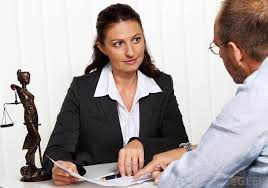 Firstly, we understand that all non tax residents in Spain owners of a property or a share of one should pay Non Resident Income Tax even if they do not have any other income. This is very important as here are a large number of non residents in Spain that are not submitting their non resident tax returns and this could mean trouble for them.

In second place it is not always mandatory for non residents to appoint a fiscal-legal representative. This will be necessary only for those cases specified in the Income Tax Law for Non Residents (Royal Decree Law 5/2004).

Thus, article 10 of this Law points out under the title REPRESENTATIVES that the taxpayers (non resident) are obliged to name a legal fiscal person or company with residence in Spain to represent them in front of the Tax authorities in the following cases:

For all the above mentioned cases the non resident tax payer or his representative are obliged to inform the Spanish Tax Authorities of the name of the dully named representative.

Breach of the obligation of naming a representative is considered a serious tax violation punishable with a fine of € 2000. If the non tax resident has his habitual residence in a country or territory under no tax information exchange with Spain (according to the previously mentioned) this fine is foreseen to be € 6.000.

This popup will be closed in: